PETMAT z.ú. became part of the security activities against spreading diseases. We started helping schools in South Bohemia to obtain shields. These from our production are made of rPET and rPETg – both recycled polyethylen-tereftalate filaments.

We beileve, that this crisis of Covid 19 generates a huge amount of plastic waste, where single-use plastic security gloves, bags and mouth-covers spoil the environment. Therefore we support the use of shields, which can be aftewards still used in school Laboratories.štíty

In order to follow the project or participate, see tthis link. https://petmat.cz/stity/In order to financially support us, send small money to this account: 2114366317/2700 we need to buy material and distribute the products. The project is driven by volunteer printers. You can also support them by small present. 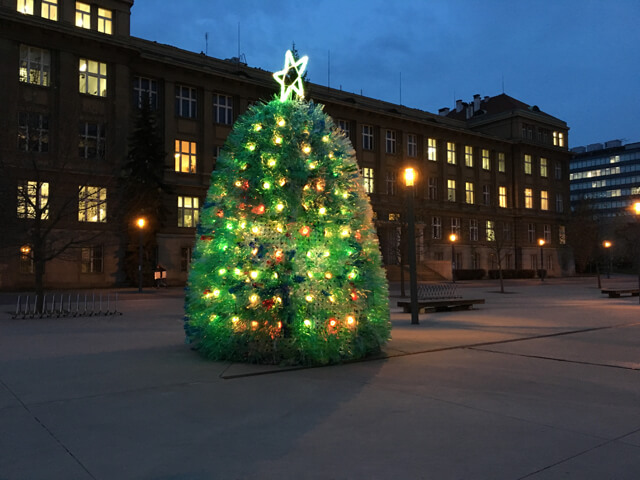 After one and half years we receiver patent for the PETree construction! 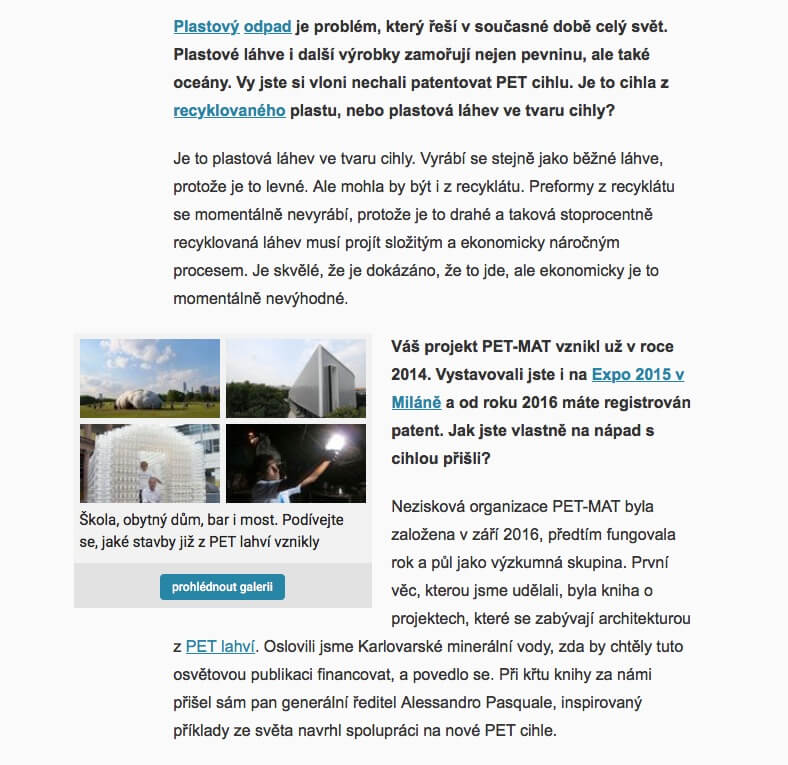 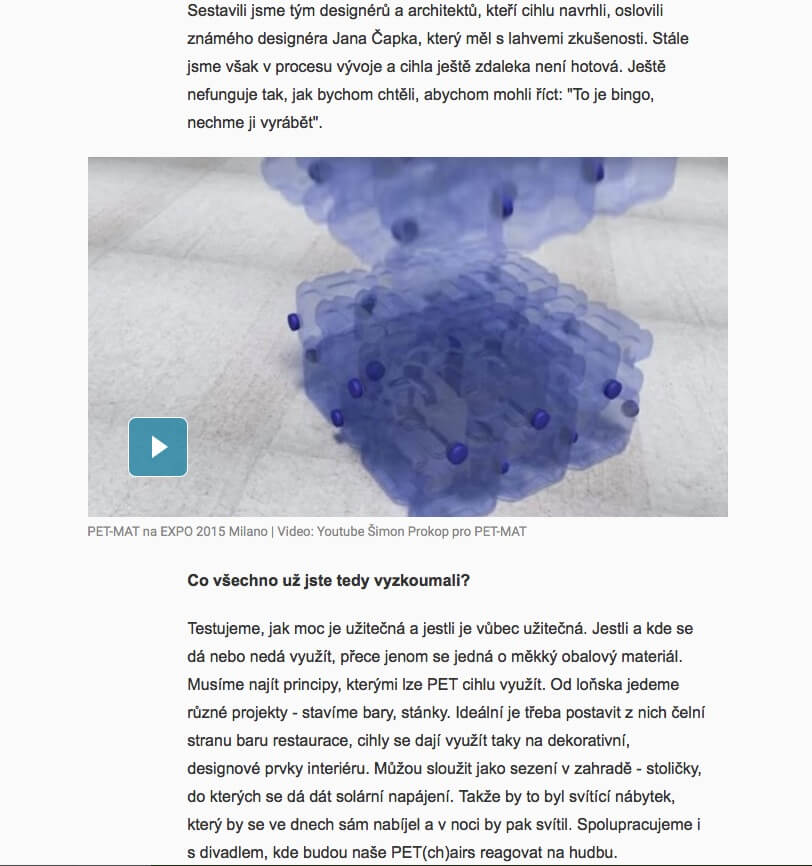 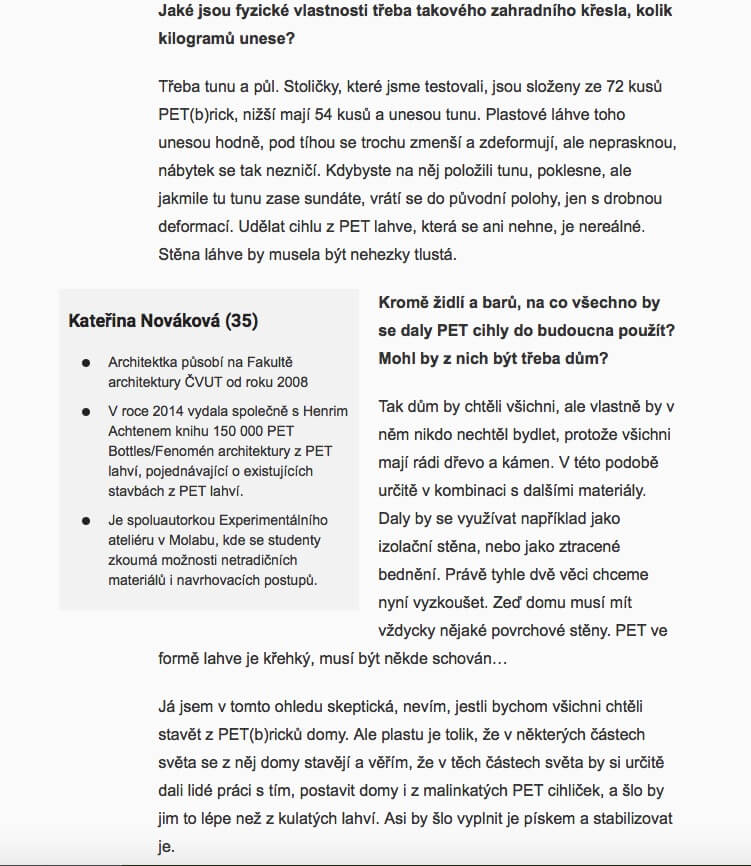 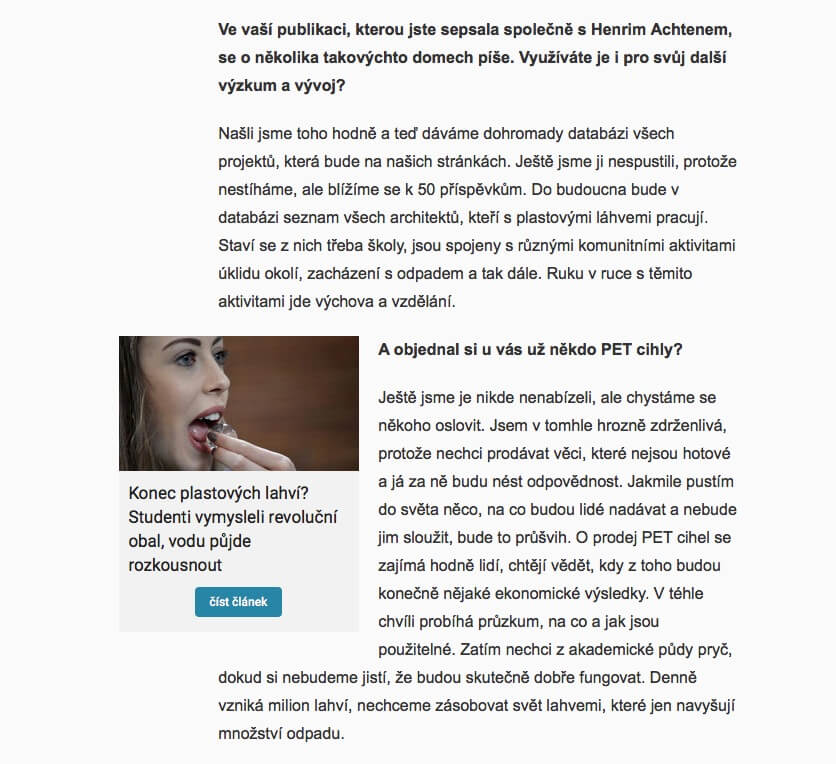 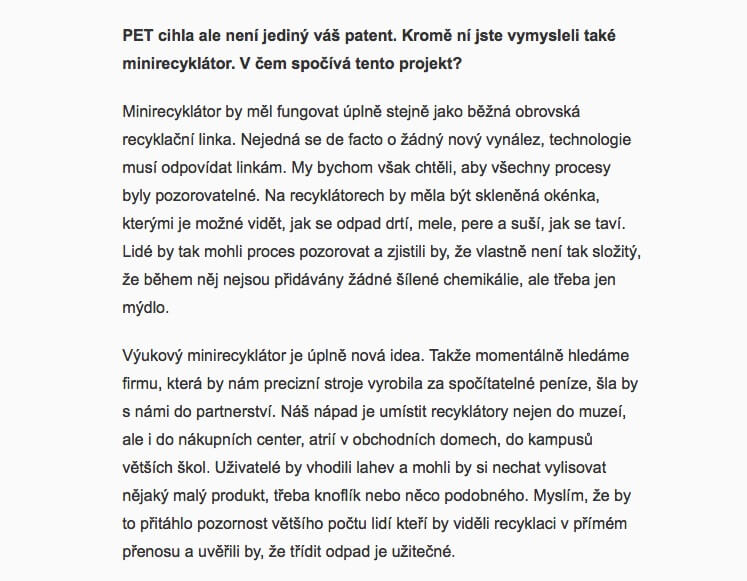 BBC Arabic made an interview with PETMAT team at the Faculty of Architecture at CTU, Prague. You can watch it in original version on youtube: BBC 4TECH 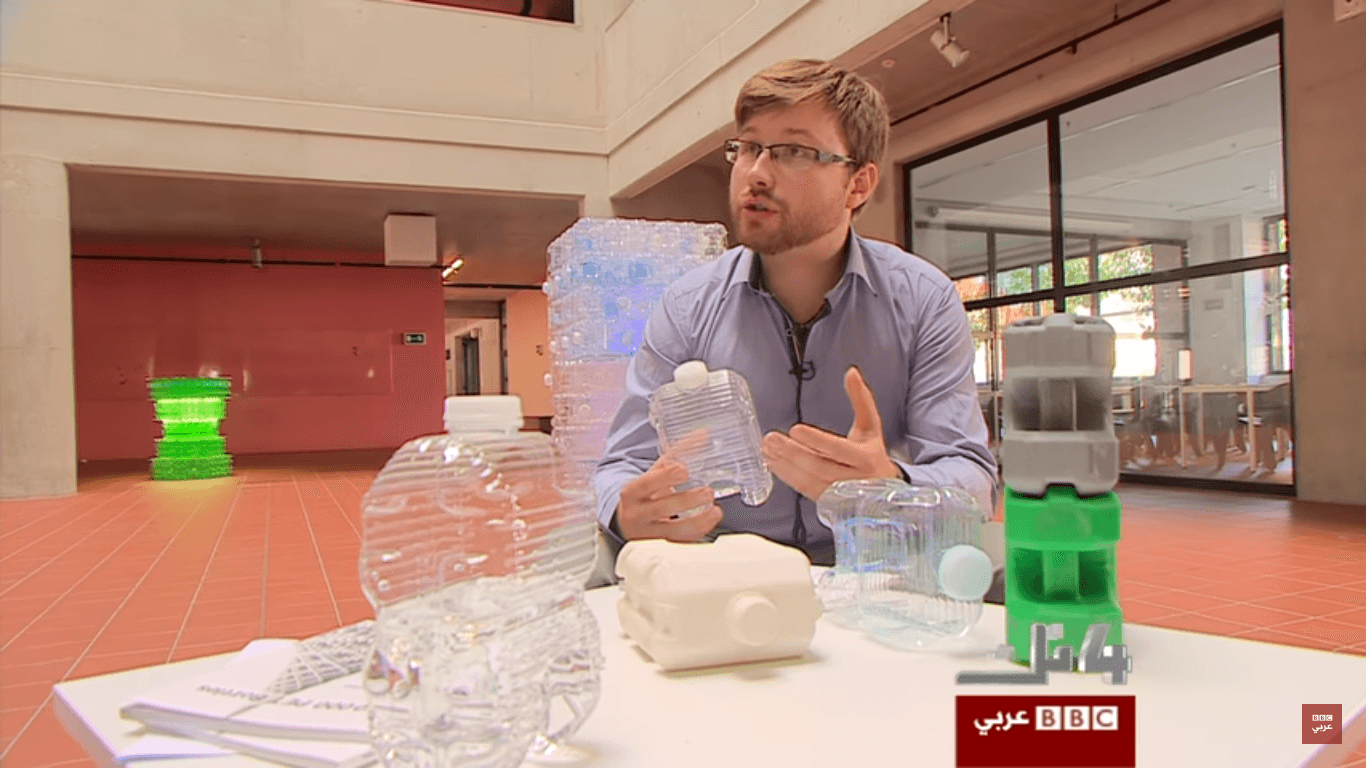 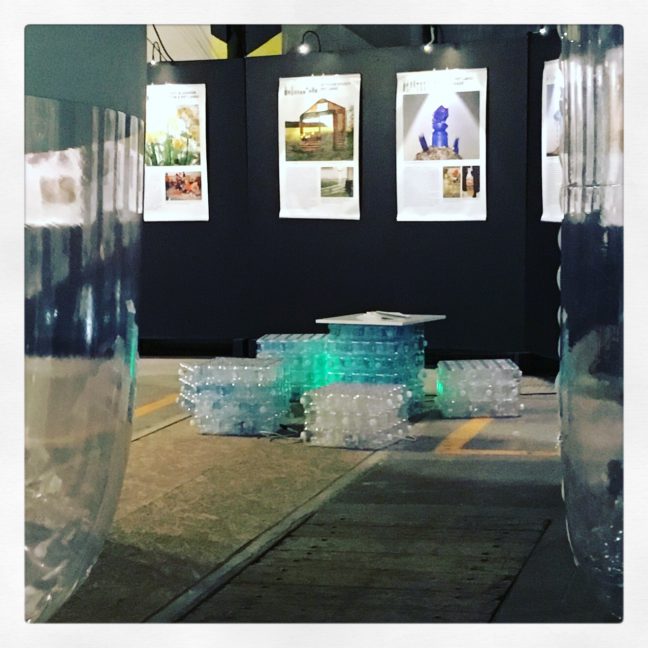 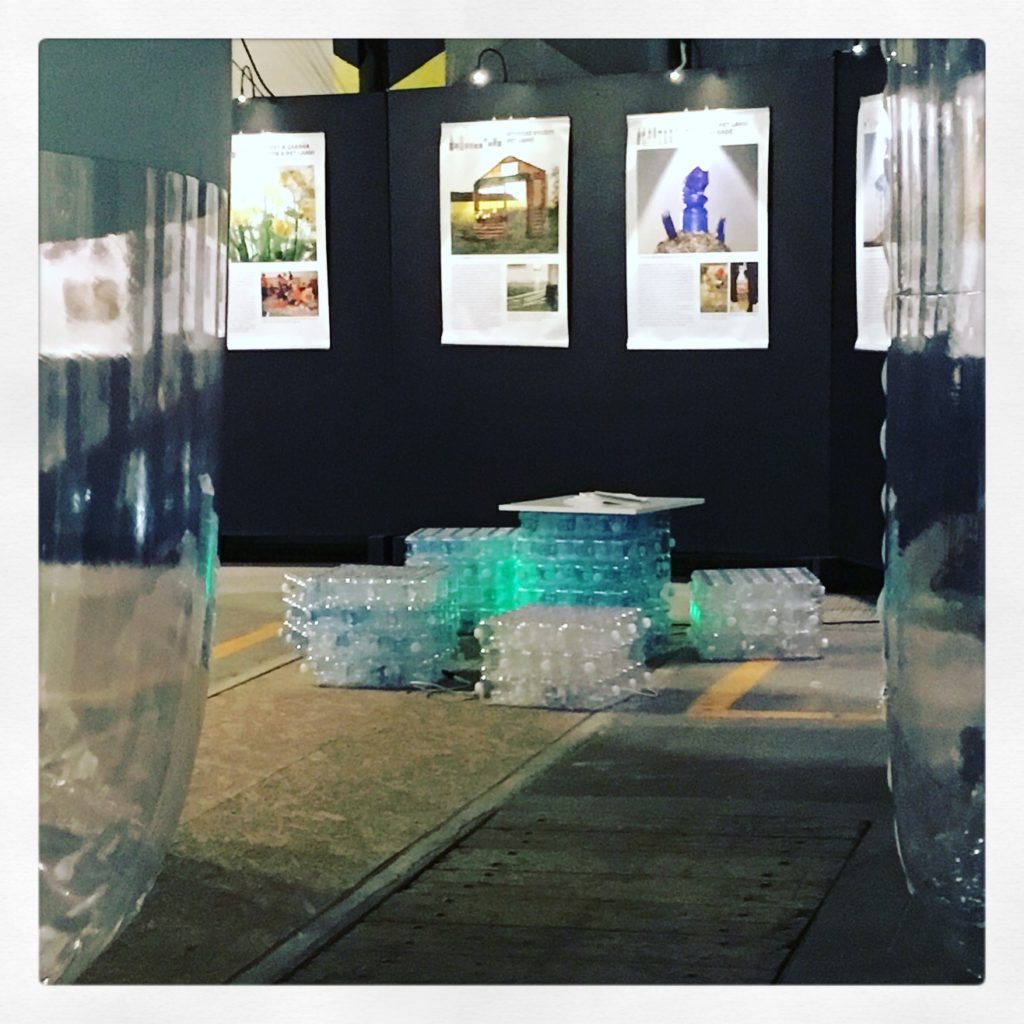 By the end of September, three members from PET-MAT team: Me, Karel Šeps and Kateřina Kordíková are sitting in the Czech pavilion at EXPO in Milano, desperately fixing the solar panels with all the electronic devices into the PET(ch)airs for we want them to be independent.  Thank god, I had the Idea to leave the IKEA lights inside too. This means the chairs are shining whether or not our remote-controlled light app works. We spent whole night on the road from ČR to Italy and now we are not able to get internet connection to the roof of the pavilion. The point is that the benches wouldnt shine without connected WHITE – our AP for internet. And it is impossible to get connection to the roof, where we wanted to install our chairs in order to be charged from the sun. When being on wifi, we could controll them from Prague. The electronic gadgets looked like on the photo below.

We are almost ready, after two days of rebuilding. I am waiting for the call from Prague, where Šimon sits in the Mattoni palast with Alessandro Pasquale and they are discussing the tree. WIFI in the czech pavillion collapses. After few trials its obvious I am not taking part on the talk. I am nervous like hell, this is the first time Šimon talks to somebody like Pasquale – I am worried its going to be tragic. I am waiting for the news…

The roots of PETree are deep in the ground .- four years back. In 2011 I went to study at ETH Zurich. During my stay there I was teaching Experimental studio: „architecture from garbage“ together with Henri Achten in Prague. It was a remote lecture and seminar for students in Prague as well as in Zurich. Thanks to prof Schmitt I met Louis Palmer, an adventurous project manager, who asked us to design and build a tower out of 150 000 PET bottles for the Zurifascht festival. We immediatelly accepted the challenge, but we were unable to fulfill the requirements. The results of the first semester were a catastrophy. Unreal.

Next semester I arranged a workshop called PETower, where 15 students tried to design a tower made of 150 000 PET bottles. We ended up with beautiful real projects, but the investor: the COOP company stepped back and we ounly built a working prototype 1:10 at the Zurifascht event in summer 2013. This time we invented MOSTICK, a bar made of PET bottles pressed by CO2. Next year, I was almost done with the bottles, ready for next task, but I won a grant for writing a book about architecture from PET bottles. And I also wanted to publish the nice projects of PETowers.

I started searching for examples in the world and I found so many!!! This caused publishing a book called 150 000 PET bottles in May 2014. For this book I didnt not have enough money, so I found Mattoni to sponsor it. The chief of Mattoni, mr. Pasquale, even read the book and invited our team to cooperate on research on recycling of PET in architecture. He asked us to develop a bottle-brick. In July, PET-MAT was established, the research team at Molab FA CTU Prague. The duties of the team is not only to research the reuse of PET, but to bring the knowledge of the material into education, to raise social awareness about plastic and its recycling. I thought building a christmas tree would be a good idea, as I published many examples in the next – czech edition of the book: The phenomenon of architecture from PET bottles in May 2015.

We actually talked about it from the beginning, since the Tree in Lithuania (2013)  was well known and it was, according to my ideals, a dream project for Experimental studio. Finally in Summer 2015 it was decided: let us open next Experimental design studio Achten-Nováková in cooperation with PET-MAT (Nováková-Prokop), other faculties and high schools and design a tree together with the students. And this is the four year long background of PETree. 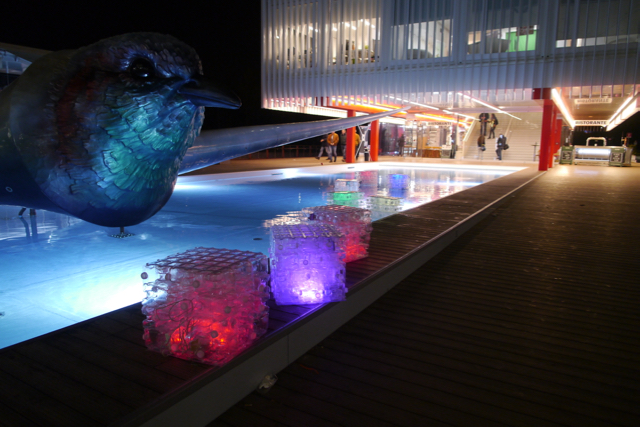 The EXPO story is over. Last night in the pavilion. Finally, we were able to make our PET(ch)airs independent and switch them on without being plugged in. Eight shining chairs were put in front of the pavilion and through a private wifi called WHITE we could change their colours. We also tried to make them float in the basin. They would not sink at all, they swam while changing colours. On the 22nd of October our van vent through CARGO 5 and took all the 14 PET(ch)airs home. Why only 14 out of 17? The three of them are going for a trip. They were loaned to a famous photographer, Rossano b. Maniscalchi, who intends to make an exhibition of his photos inside of the bottles. The exhibition is to travel around the world, so you might be able to see the photos as messages in the bottles-PET(b)ricks in China or in Prague, finally.

The next step of the PET(ch)air evolution is going out to the external space: the terrace, patio, the garden. The idea is that they will gain freedom of electricity net by using solar panels to load their tiny batteries, which can handle up to 3hour lighting. It could be done by a simple timer inside of the cube, but we wanted the visitors to play around with them and also to have control over the the cubes from a remote place, so we used wifi access point in order to switch them on and off e.g. from Prague. Now the installations is running in its initial state, the wifi access point in the pavilion could not be properly installed on the roof,  but this experiment proved applicability of the concept, together that it was really installed and working one evening in the pavilion. We changed 9 cubes into independent solar rechargeable objects, while preserving their initial functionality. So now two types of lights are positioned inside: IKEA ready made lights with electricity plug and led light stripes with solar panels and remote control.

In the first step of installation we implemented all the electronics inside of one of the bricks an put solar panels into the top layer. The panels are placed vertically, which is not optimal, but that can still catch enough light in order to shine for several hours at night. Official photographic agency Arnoldwoldwide sent by Mattoni made exclusive photos of PET(ch)airs in the Czech pavilion. They photographed the cubes in the very moment they were not enlightened and had still these terrible black wires.