In cooperation with the Museum of Jindřichův Hradec an angel made of bottles is planned for Advent this year 2016 within an event called JINoHRÁtky. 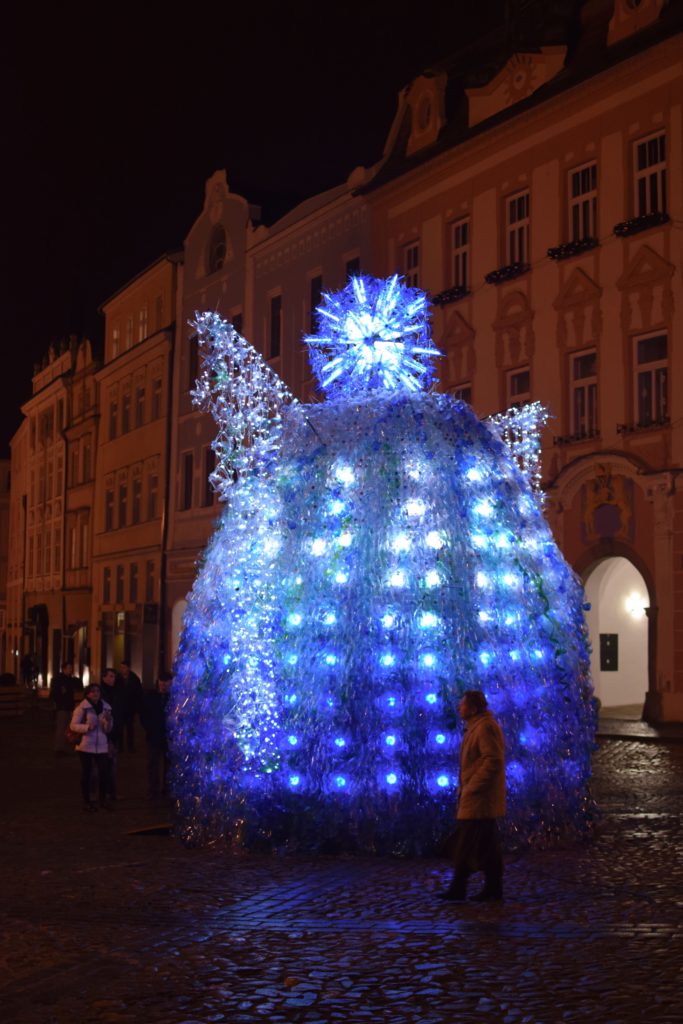 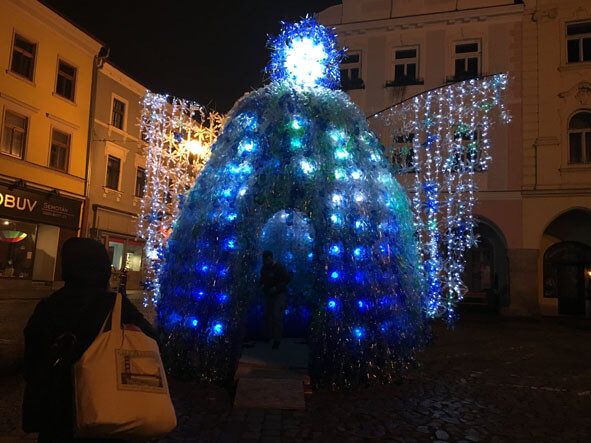 The lights in the PETAngel were interactive. High tones made him shine rosa and red, whereas low tones went into blue and green. 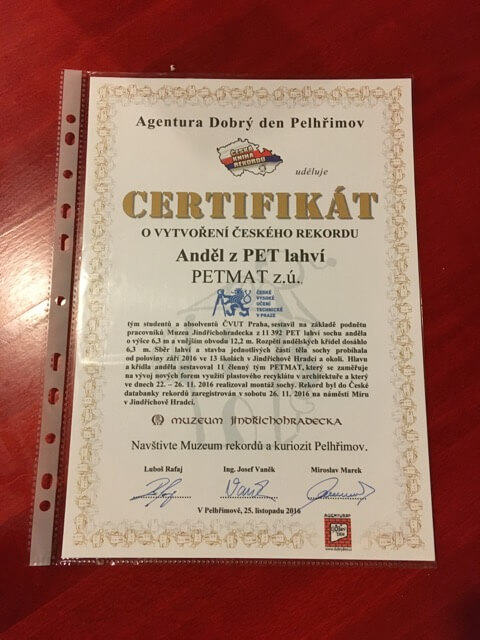 The body of an angel

DIfferent patterns on each panel of PETAnděl

Examples of the head trials. 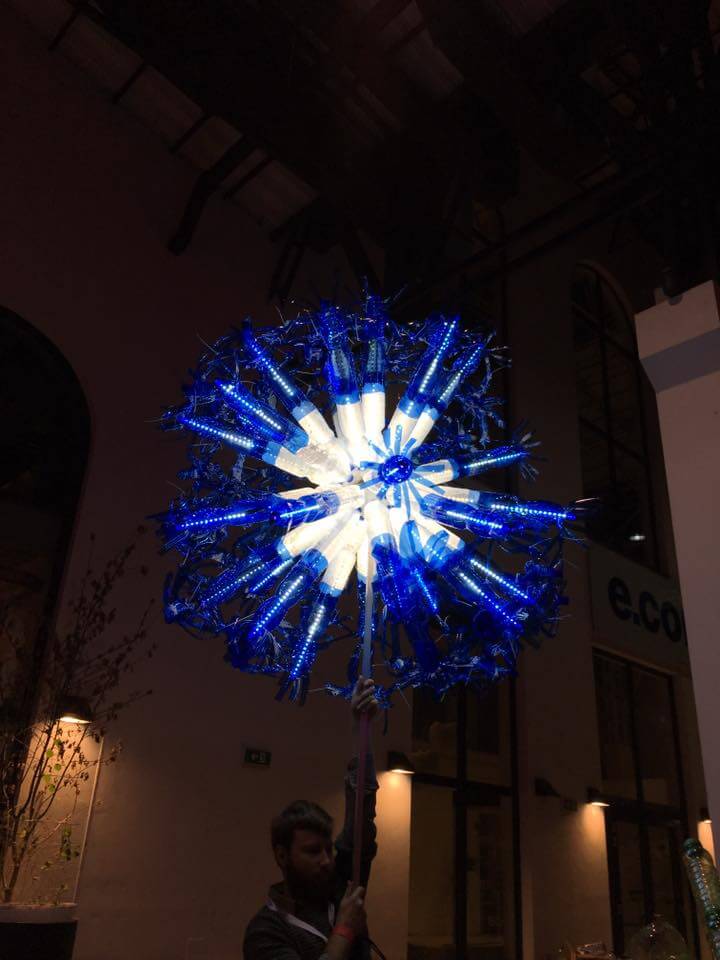