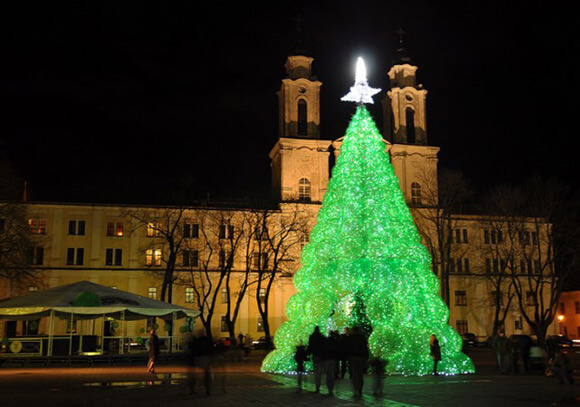 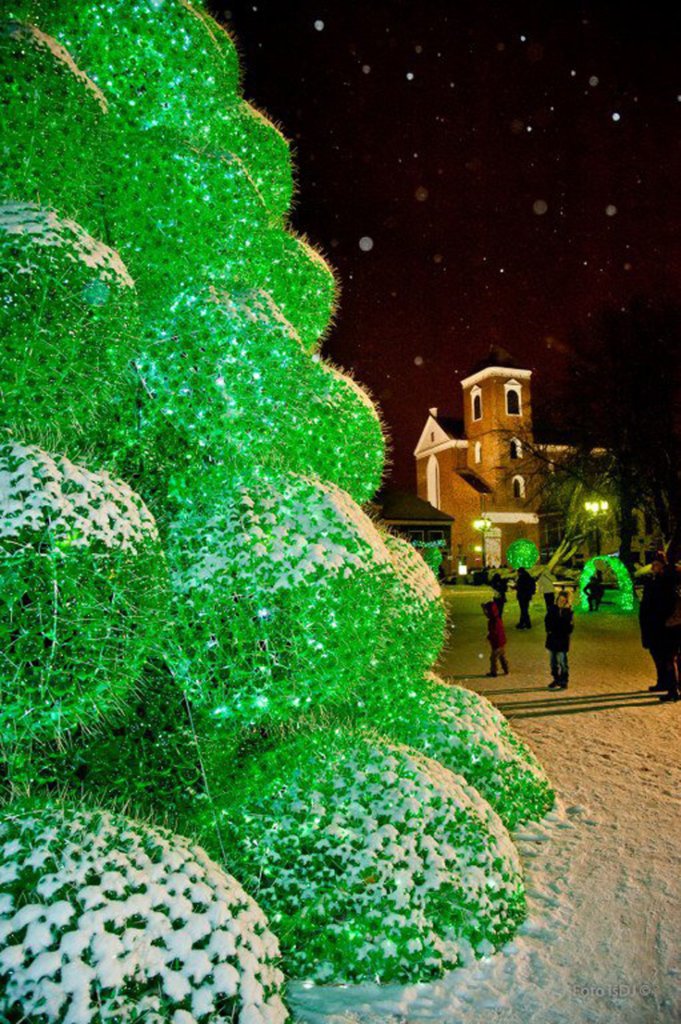 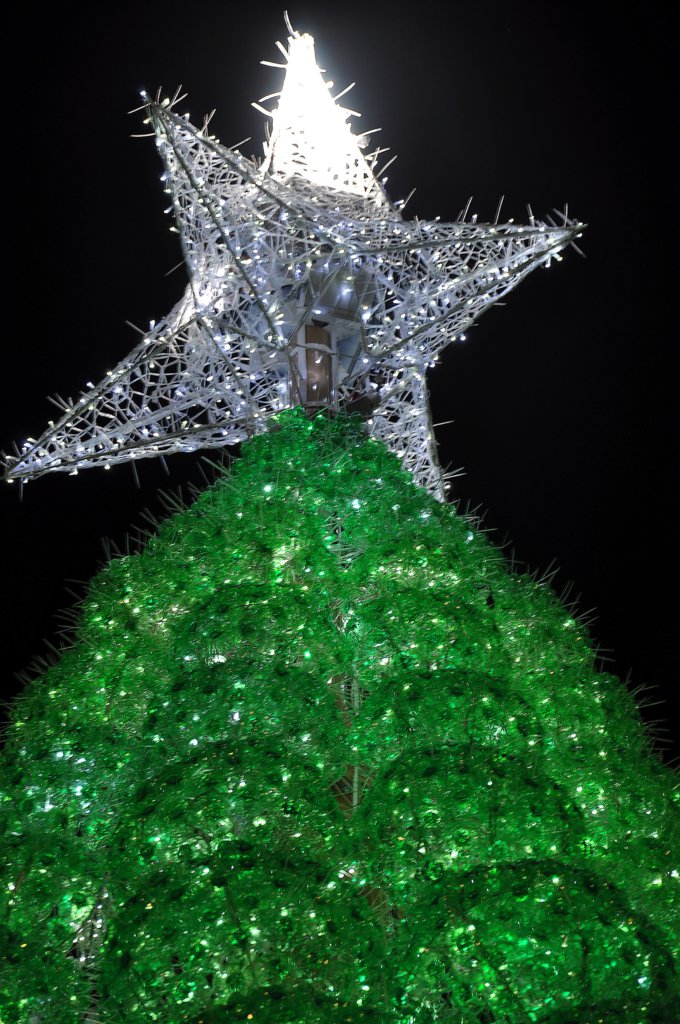 Head in the clouds is a pavilion built on the occasion of figment’s 2013 ‘city of dreams art celebration’ in New York. The sculpture was assembled by Jason Klimoski and Wesley Chang from KCA architects, who needed 53,780 recycled plastic bottles and milk containers – this amount is consumed in NYC in about 1 hour. While the milk jugs form the exterior cloud visually, the interior is created from smaller 16 and 24 ounce PET bottles filled with blue colour water evocating the feeling of being in the middle of a cloud. This all is held up with an aluminium frame. The structure can shelter approximately 50 people. The installation ran for approximately 2 months from february 2013.

In order to experiment with vault structures incorporating PET bottles, the study object Aquaducto Romano was built by the Foundation Ecopark Zamorano in Honduras. A copy of a Roman aquaduct, multiple methods of building and more than ten different mixtures of mortar (mixtures of cement, earth, and lime) are tested in this object.

Froeses’ work has found a lot of application all over the world, and can be found from Honduras and Mexico to Nigeria, India, and other countries.